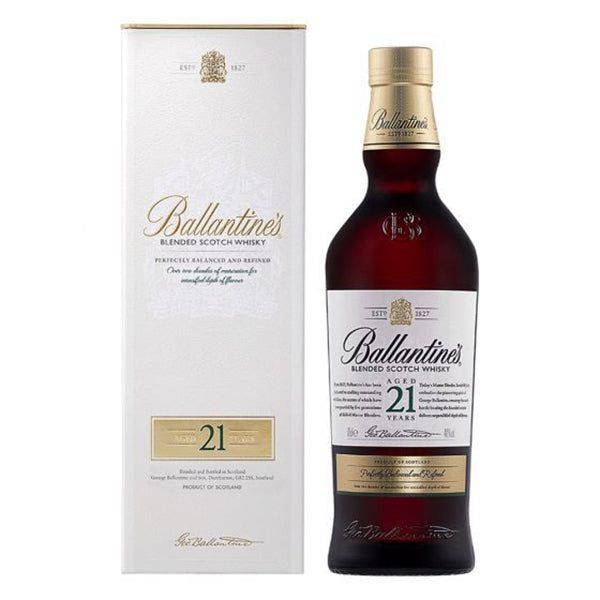 "The Ballantine's 21 Year Old is a blended Scotch whisky released by the company in 1993. It is the Ballantine's core inventory's third oldest expression, following the Ballantine's 30 and the Ballantine's 40. It's got It has a lovely complexity due to its brilliant gold color, floral fragrance, and aromatic taste. This refined blend is a whisky to enjoy on special occasions. "
Note: The particular product may vary from the pictures and colors shown on the website.‚ Specification & pictures provided for every product relies on the knowledge provided to us by our suppliers and are to be used as a general guide only.
Add to Wish List Add to Compare