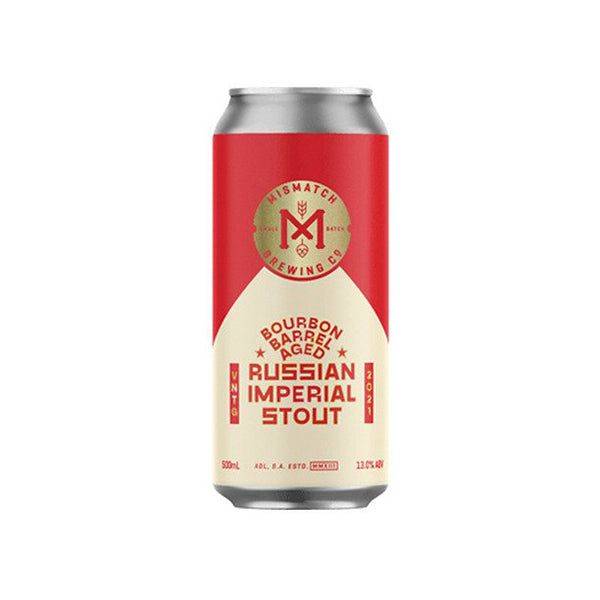 Be the first to review this product
$162.00
Availability: Out of stock
Mismatch Brewing Co has created a delectable Russian Imperial Stout and aged it in bourbon barrels. The core is rich and smooth, with a fortified and smooth character. With shades of chocolate, roasted malt, and warming alcohol, the nose suggests vanilla, aniseed, and bourbon.
Note: The particular product may vary from the pictures and colors shown on the website.‚ Specification & pictures provided for every product relies on the knowledge provided to us by our suppliers and are to be used as a general guide only.
Add to Wish List Add to Compare