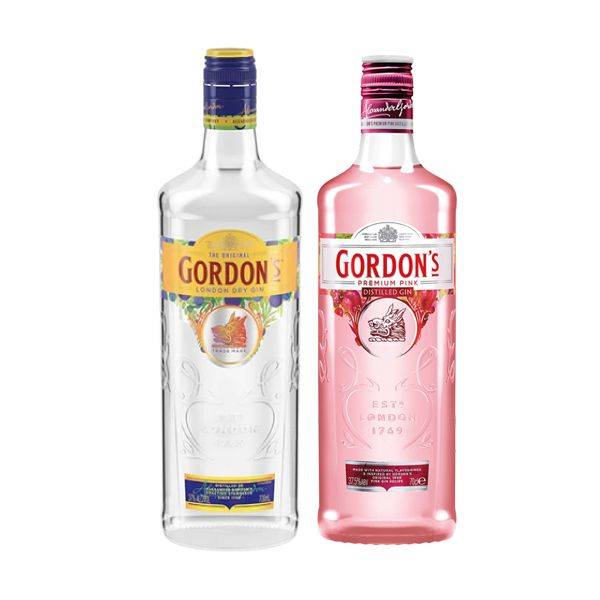 Be the first to review this product
$90.00
Availability: In stock

Gordon's London Pink Gin 700ml:
Gordon's London Pink Gin- Inspired by an inventive Gordon's direction from the 1880s, Gordon's Pink is absolutely crafted to balance the refreshing style of Gordon's with the natural sweetness of raspberries and strawberries, with the tang of redcurrant served up in a very distinctive blush tone.
Gordon's London Dry Gin 700ml:
Gordon's London Dry Gin- supported by Alexander Gordon in 1769, Gordon's direction has remained virtually untouched since its creation. Triple-distilled, the gin contains juniper berries, coriander seeds, and angelica root to call a couple. Dead enjoyed during a classic Gin and Tonic.
Note: The particular product may vary from the pictures and colors shown on the website.‚ Specification & pictures provided for every product relies on the knowledge provided to us by our suppliers and are to be used as a general guide only.
Add to Wish List Add to Compare