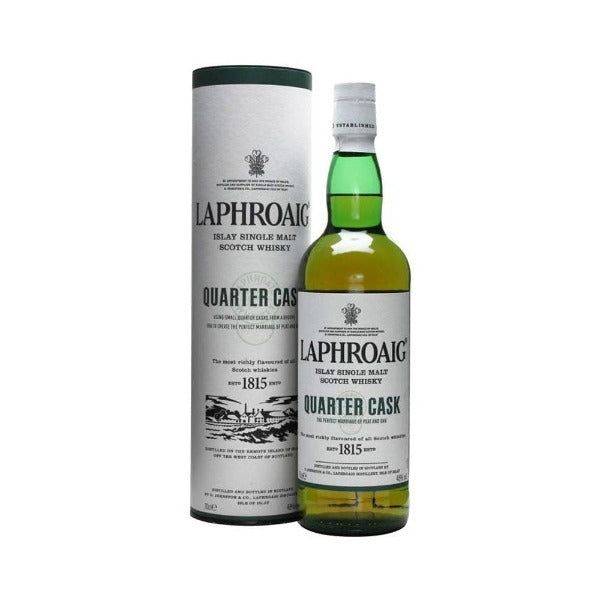 The Quarter Cask may be a sturdy, double cask matured, non-chill filtered malt from the long-lasting Islay industrial plant, Laphroaig. With a nose of burning humate embers and hints of coconut and bananas that's then followed by a surface that's deep and sophisticated with smoky flavors. Still quite mild with a touch of sweetness. Awards : -Silver Medal - San Francisco World Spirits Competition 2020. -2 Gold - San Francisco World Spirit Awards 2015, 2012. Silver - International Wine & Spirits Competition 2016
Note: The particular product may vary from the pictures and colors shown on the website.‚ Specification & pictures provided for every product relies on the knowledge provided to us by our suppliers and are to be used as a general guide only.
Add to Wish List Add to Compare