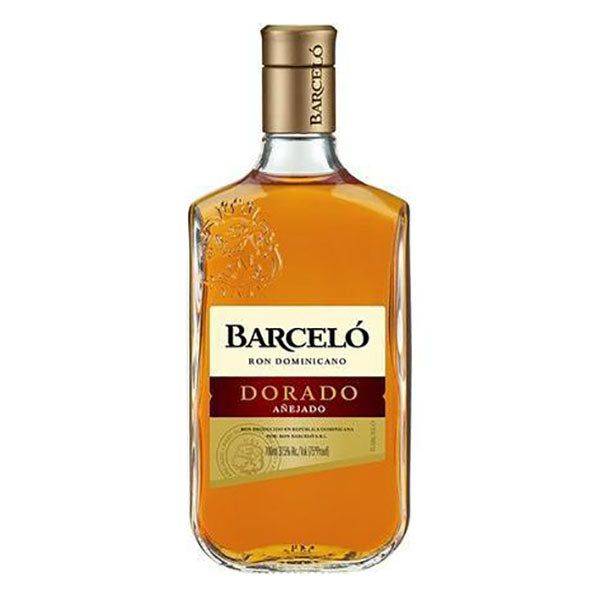 Be the first to review this product
$68.00
Availability: In stock

Ron Barcelo Dorado Anejado Rum 1L- Rum has been woven into the Caribbean's cultural material since the seventeenth century, once it absolutely was initially distilled on the sugarcane plantations. It's a fashionable, various history that stretches from victimization all the way through to the beginnings of the market economy. Daffo Barcelo, the Dominican Republic's leading rum, was initially created once full general Barcelo, a young European, arrived in the national capital in 1929 with a dream to make the best rum within the world. Awards: - 2005 Bronce - Beverage Testing Institute International Review of Spirits -2005 Bronce - San Francisco World Spirits Competition -2003 Oro - International Rum Festival 2000 Oro - Rum Fest 1996 1er Lugar - First place - Rum Fest .
Note: The particular product may vary from the pictures and colors shown on the website.‚ Specification & pictures provided for every product relies on the knowledge provided to us by our suppliers and are to be used as a general guide only.
Add to Wish List Add to Compare