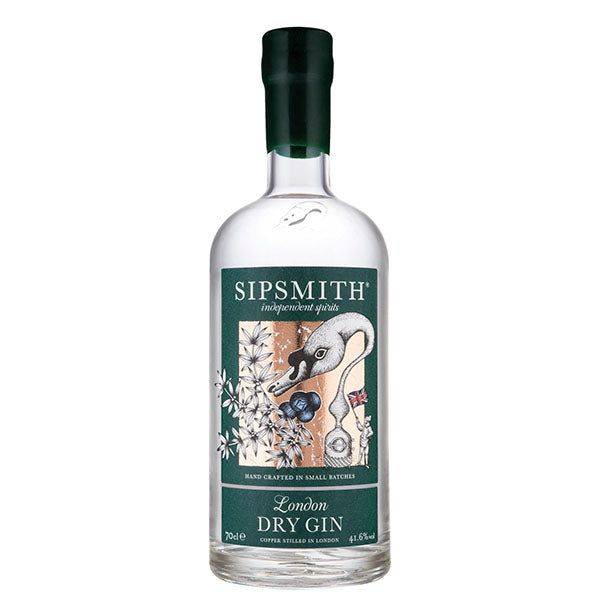 Be the first to review this product
was $75.00 Special Price $67.50
Availability: In stock

Sipsmith London Dry Gin uses ten botanicals in its maceration: Juniper berries, flavouring, Angelica Root, Liquorice Root, Orris Root, earth almond, bark, Cinnamon, peel and skin. it's handcrafted in little batches victimization the best ingredients, in a very real copper pot still settled in central London. The Gin is formed employing a terribly ancient formula that produces a very dry gin with a zesty, citrus end. The example expression of a classic, ancient London Dry Gin. The daring juniper notes of the gin are complimented by a zesty conserve on the roof of the mouth. Awards: -Four Gold - San Fransisco World Spirits Competition 2014, 2013, 2012 & 2011, International Wine & Spirits Competition 2012.
Note: The particular product may vary from the pictures and colors shown on the website.‚ Specification & pictures provided for every product relies on the knowledge provided to us by our suppliers and are to be used as a general guide only.
Add to Wish List Add to Compare