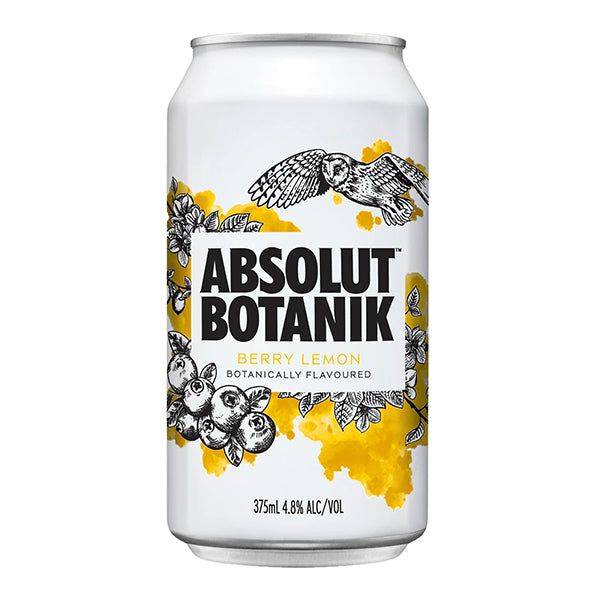 Be the first to review this product
$119.00
Availability: In stock

The original taste of Absolut Botanik Berry Lemon & Vodka comes from blueberries, lemon, and coriander that give this Swedish single-source vodka an original twist. The drink has a refreshing flavour, is clean, and is lightly sparkling, which makes it a delicious drink when consumed with ice on its own.
Note: The particular product may vary from the pictures and colors shown on the website.‚ Specification & pictures provided for every product relies on the knowledge provided to us by our suppliers and are to be used as a general guide only.
Add to Wish List Add to Compare
Contact Us