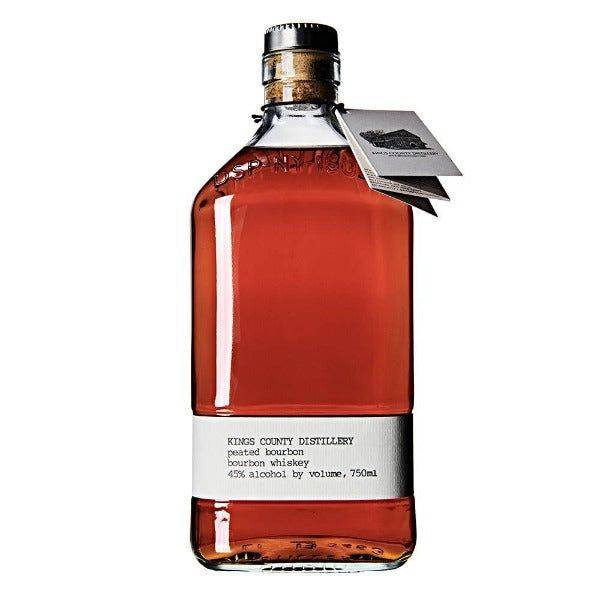 Be the first to review this product
$87.00
Availability: In stock

Its bourbon whisky that conforms to the American necessities for bourbon however is created with malted milk barley that has been exposed to humate smoke, a apply a lot of common in Scotch whiskies¢¬€š¬the malt we use for the peated bourbon was even fully grown and kilned in Scotland. thus its a hybrid whisky of the 2 traditions, flavorsome and sturdy from having aged in a very new barrel, with an additional lightweight smoky end equivalent to single-malt. If scotch and bourbon had a baby, this is often what it might style like. As way as we can tell, ours was the worlds first-ever peated bourbon and can charm to the daring whisky soul who has tried everything. Peated Bourbon from Kings County Distillery is a one-of-a-kind offering from this fantastic Brooklyn distillery. It's bourbon whiskey that meets all of America's bourbon criteria but is created using malted barley that has been exposed to peat smoke.
Note: The particular product may vary from the pictures and colors shown on the website.‚ Specification & pictures provided for every product relies on the knowledge provided to us by our suppliers and are to be used as a general guide only.
Add to Wish List Add to Compare