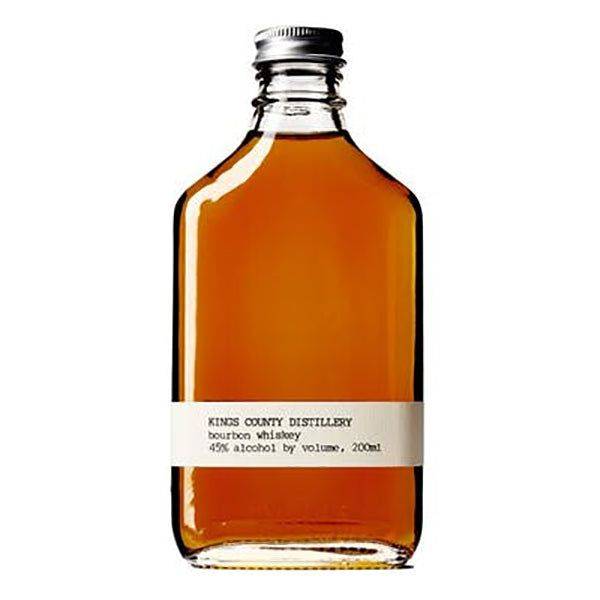 Be the first to review this product
$87.99
Availability: Out of stock
Kings County Straight Bourbon may be a bourbon created sort of a Scotch whiskey. They tend to use 80th big apple organic corn from the Finger Lakes, and English Golden Promise barley for a high malt formula that avoids the wheat or rye generally in Kentucky bourbon. They double pot distill for a additional tasteful white spirit, and age during a style of new burn oak barrels for 3-6 years. wealthy in caramel, vanilla, and vacation spice, this bottle is cited often in lists of best non-Kentucky bourbons. Younger than some thought bourbons, this can be a precocious whisky, astonishingly strong for its age. Kings County Bourbon and Kings County Moonshine are the same spirits, but it's been matured in new, charred American oak barrels for an average of two years. Spicy, cedar, fresh oak, and roasted malt flavors abound on the nose. The palate is spicy and fine, with a richness of malt and fruit cake aromas interspersed with higher notes of citrus, fresh vanilla, cinnamon, and other autumnal spices.
Note: The particular product may vary from the pictures and colors shown on the website.‚ Specification & pictures provided for every product relies on the knowledge provided to us by our suppliers and are to be used as a general guide only.
Add to Wish List