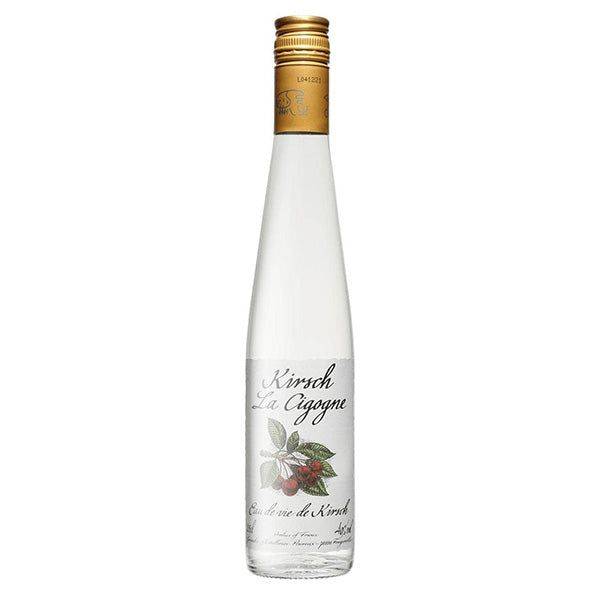 Be the first to review this product
was $55.00 Special Price $47.99
Availability: In stock

"Eau de Vie Kirsch La Cigogne Brandy is one of the greatest brandies produced in France by Peureux. The distillery was created in 1864 at the foot of the Vosges mountains in Alsace and quickly became well-known for its fruit brandies. This exceptional Brandy is crystal clear and somewhat glycerous in appearance. Aromas of glace cherry and marzipan can be found on the nose. On the tongue, it's soft and semi-sweet, with a slightly peppery spirit backbone that builds with great length and repeats the aromatics. This fantastic brandy finishes clean, dry, and gently peppery, with a slight cherry glace aftertaste. "
Note: The particular product may vary from the pictures and colors shown on the website.‚ Specification & pictures provided for every product relies on the knowledge provided to us by our suppliers and are to be used as a general guide only.
Add to Wish List Add to Compare