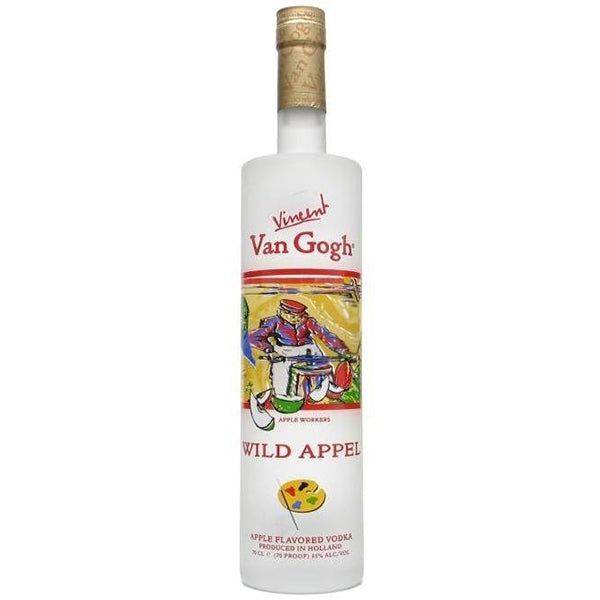 Be the first to review this product
$57.00
Availability: In stock

Vincent Van Gogh's vodka made its appearance on the world's market in 2000, where it competed fiercely with other brands. Spirit Journal gave the brand a Five-Star rating (the highest recommendation). The master distiller of Dirkzwager Distilleries, Mr. Tim Vos, handcrafts Van Gogh Vodka in small batches using the finest grains - primarily wheat, corn, and barley. Three times the vodka must be distilled in column stills, and then once more in a typical pot still to produce a highly refined spirit. As long as the copper pot is used, the alcohol will still have "bite," making the vodka particularly smooth. Purified water is used, which is considered better than distilled water. Vos believes that distilled water loses its identity after being distilled, thus becoming a liquid without character. The aroma is rich and full, and the body is big and lush, with a wonderful bread-dough-like quality. It ends with a final burst of pepperiness, and the oiliness of the vodka coats the throat.
Note: The particular product may vary from the pictures and colors shown on the website.‚ Specification & pictures provided for every product relies on the knowledge provided to us by our suppliers and are to be used as a general guide only.
Add to Wish List Add to Compare
Contact Us