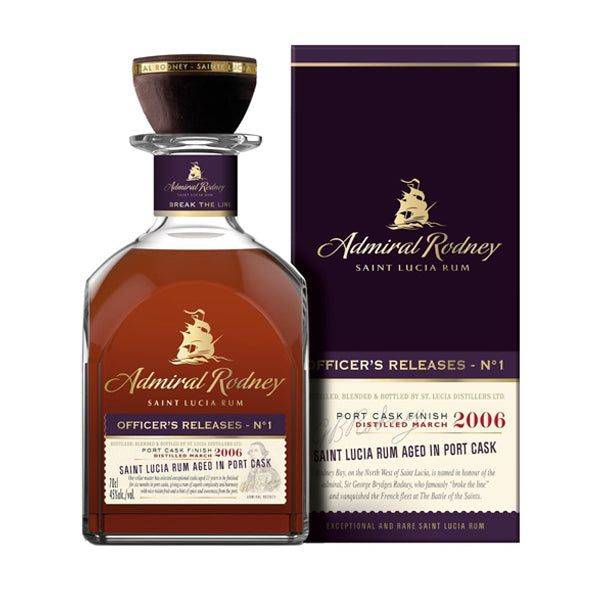 Be the first to review this product
$169.50
Availability: Out of stock
Admiral Rodney Officers release No.1 Port Barrel end 14-Year-Old Rum has honeyed fruit, chocolate, and earthy tobacco notes. It was absolutely distilled in 2006 and aged in ex-bourbon casks for thirteen years before a nine-month end in ex-port casks. On the nose, there's sweet caramel, followed by raisins, dried fruits, and red fruits.
Note: The particular product may vary from the pictures and colors shown on the website.‚ Specification & pictures provided for every product relies on the knowledge provided to us by our suppliers and are to be used as a general guide only.
Add to Wish List Add to Compare