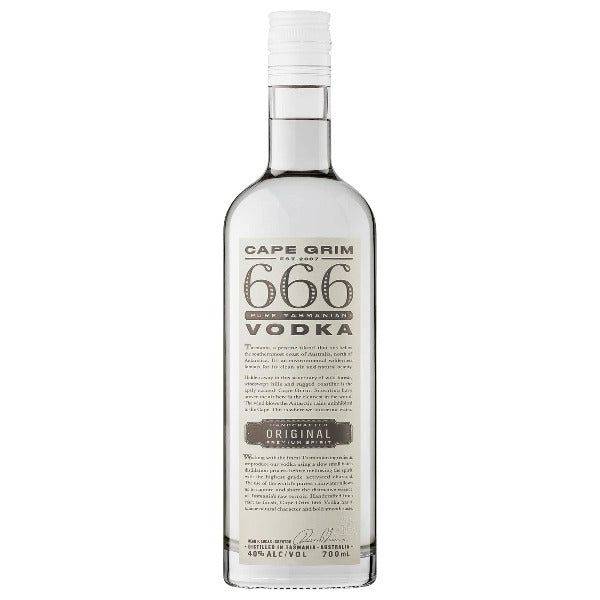 Be the first to review this product
$63.50
Availability: In stock

Cape Grim 666 Original Vodka- This is often a Tasmanian vodka with lots of fiery flavors, pot-distilled and filtered with Cape Grim water for purity. It's created in tiny batches exploitation the best native ingredients in an exceedingly slow distillation method to get rid of impurities, then mellowed with the best grade of atomic number 6. The spirit is made with pure freshwater that expresses the distinctive essence of the raw terrier in Tasmania. Cape Grom hard drink incorporates a raw natural character, with slight seasoner notes. It's a perfect ingredient in an exceedingly Russian capital Mule thanks to its distinctive character and boldness.
Note: The particular product may vary from the pictures and colors shown on the website.‚ Specification & pictures provided for every product relies on the knowledge provided to us by our suppliers and are to be used as a general guide only.
Add to Wish List Add to Compare