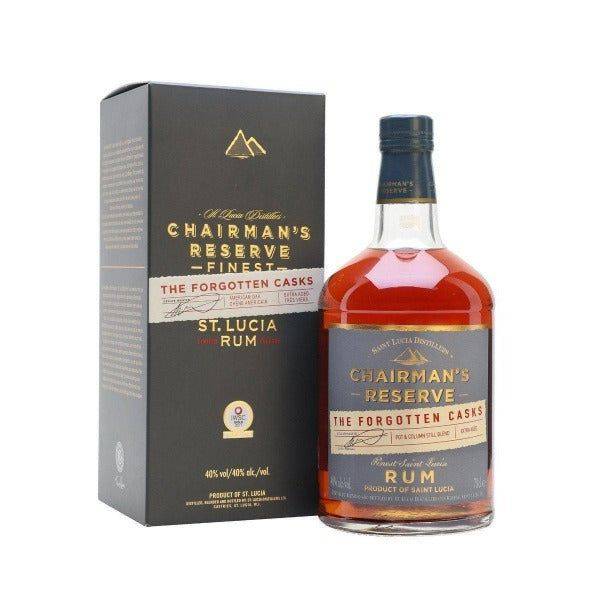 Be the first to review this product
$116.00
Availability: Out of stock
This extra-aged cask rum is crafted to mimic the rum that was originally left in the forgotten casks of Chairman's Reserve, which have been preserved for generations. These items survived St. Lucia Distillers' horrible fire of May 2, 2007. In order to store his goods, the cellar master had to find suitable, but unusual, storage space. This was a time of confusion while refurbishing the distillery, and the barrels were misplaced. Initially, they would blend this extra-aged rum into Chairman's Reserve blend but were too old for that blend, so this extra-aged Chairman's Reserve was released on its own. To offer a limited release of the Chairman's Forgotten Casks, the St. Lucia Distillers keep back a small amount of Chairman's Reserve for extra aging. There is an intense nose of sweet raisins, sultanas, tobacco, and vanilla coming from the oak in this dark gold mahogany rum. A pleasant sweetness and spices on the palate give the rum a lovely balance and complexity. Forgotten Casks is an intense blend of 6 to 11-year-oldrums that has not been chill-filtered.
Note: The particular product may vary from the pictures and colors shown on the website.‚ Specification & pictures provided for every product relies on the knowledge provided to us by our suppliers and are to be used as a general guide only.
Add to Wish List