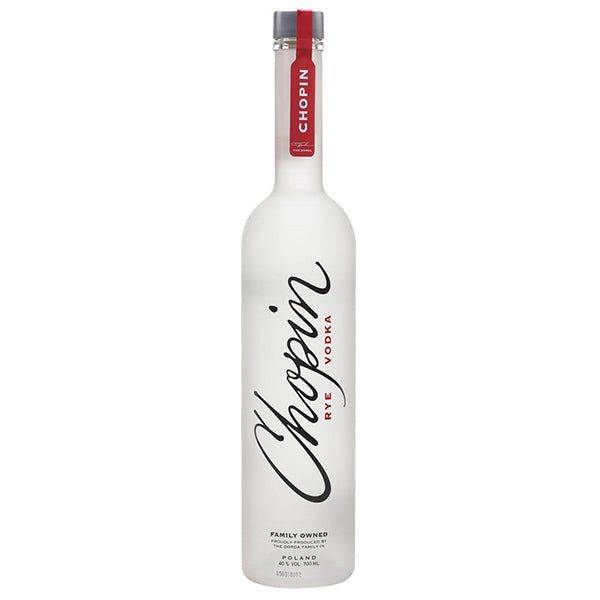 Be the first to review this product
$78.00
Availability: In stock

Chopin Vodka Rye is a top-quality vodka made in Poland at the Polmos Siedlce distillery. Chopin Rye, which debuted in March 2011, is differentiated by its red neck label and screw cap, and, like some other Chopin vodkas, comes in a frosted bottle featuring the image of composer Frederic Chopin. Chopin Rye Vodka appears crystal clear. Chopin Rye Vodka has rye aromas and delicate vanilla notes. On the palate, it is excellently clean and at first sweet, with delicately spicy cracked black pepper, rye bread, and charcoal. The flavor experience is completed by an intense aftertaste.
Note: The particular product may vary from the pictures and colors shown on the website.‚ Specification & pictures provided for every product relies on the knowledge provided to us by our suppliers and are to be used as a general guide only.
Add to Wish List Add to Compare
Contact Us