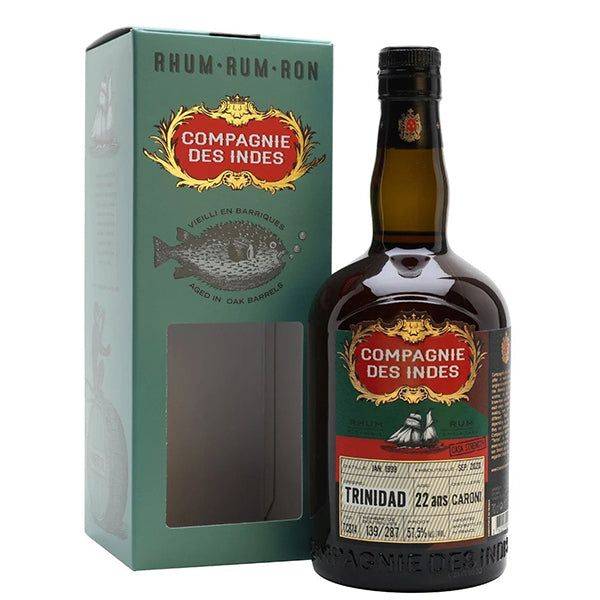 Be the first to review this product
$698.50
Availability: Out of stock
Compagnie Des Indes Rum Single Cask Caroni Trinidad 22 Years has characterized by their petroleum and tarry aromas. It has 100% Caroni with notes of hot tar, slightly peated and malted, and licorice (ZAN), but also easier notes of patchouli, rose, and geranium. Feel every sip with Sweet and fruity like a Mirabelle clafouti then quickly evolving to BBQ aromas, peat, and toast. It has long-lasting and heavy, the bitterness and the spices are at the end.
Note: The particular product may vary from the pictures and colors shown on the website.‚ Specification & pictures provided for every product relies on the knowledge provided to us by our suppliers and are to be used as a general guide only.
Add to Wish List Add to Compare