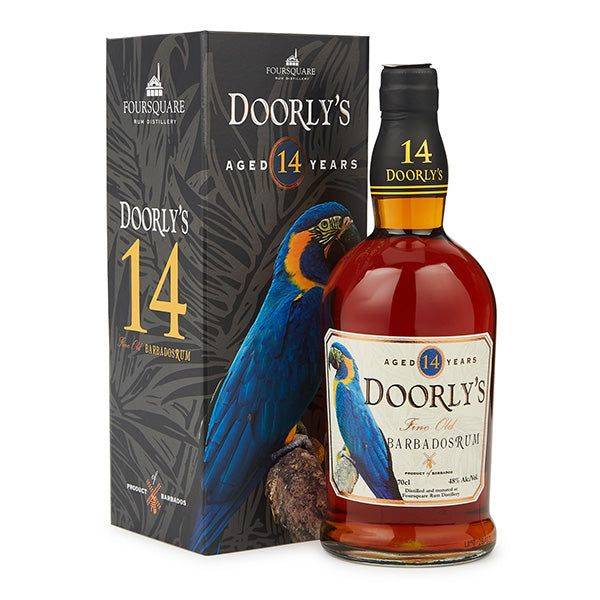 Be the first to review this product
$149.50
Availability: Out of stock
"The Foursquare distillery in Barbados produces Doorly's 14 Year Old, a combination of pot and column still rum. The spirit was matured mostly in bourbon casks, with a portion aged in Madeira casks to add a touch of sweetness. Straight away, there are a lot of spices, particularly ginger and oak, which fade into Madeira richness and dark chocolate orange, as well as jammy berries. With the addition of cinnamon and a hint of char, spices resurface on the finish. "
Note: The particular product may vary from the pictures and colors shown on the website.‚ Specification & pictures provided for every product relies on the knowledge provided to us by our suppliers and are to be used as a general guide only.
Add to Wish List Add to Compare