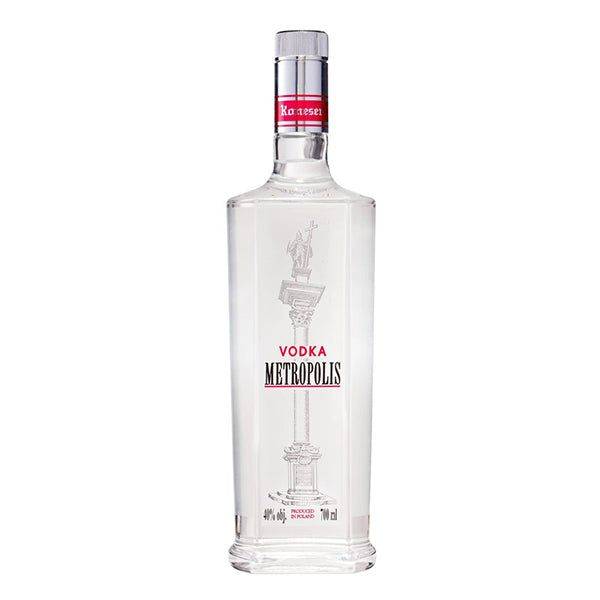 Be the first to review this product
$58.00
Availability: In stock

It was not until the 17th century that vodka was introduced as the national drink of Poland. During this time, Poland also began exporting its products to northern Europe, such as Russia. By the 18th century, their strategy had advanced to the point of such practices as three distillations. The Metropolis Vodka originated in the Royal Powers of independent Poland and was crowned by King Zygmunt III from the Wasa Dynasty with the sword and cross representing him as the protector of the country. Metropolis Vodka is professionally mixed with potatoes and cornstarch to take you back to a time of sweetness and luxury.
Note: The particular product may vary from the pictures and colors shown on the website.‚ Specification & pictures provided for every product relies on the knowledge provided to us by our suppliers and are to be used as a general guide only.
Add to Wish List Add to Compare