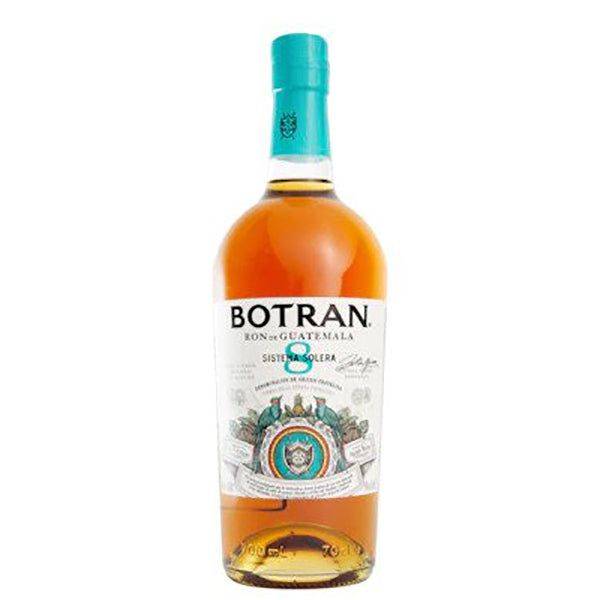 Be the first to review this product
$70.00
Availability: In stock

The Botran family is best known in Guatemala for sugarcane production, but in 1939, they decided to try something new and founded Industria Licorera Quetzalteca. Quetzaltenango, the five brothers agreed, was the best place in Guatemala to age rum. Since that day, they've been involved in every aspect of their rum production. Ron Botran's 8 Year Old Anejo Dark Rum was aged for eight years utilizing the Solera system and has notes of caramelized banana, toasted oak, ginger, and black pepper.
Note: The particular product may vary from the pictures and colors shown on the website.‚ Specification & pictures provided for every product relies on the knowledge provided to us by our suppliers and are to be used as a general guide only.
Add to Wish List Add to Compare
Contact Us