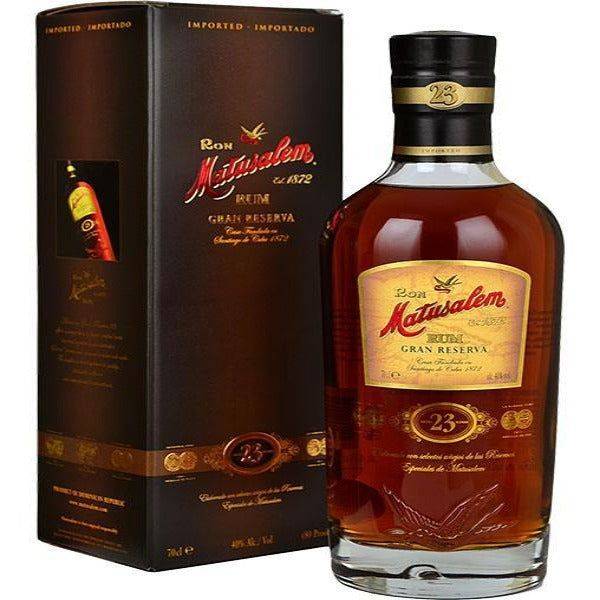 Be the first to review this product
$132.00
Availability: In stock

Ron Matusalem Gran Reserva Solera 23 Rum is Matusalem's premium expression of Solera aged rum, the twenty-three Gran Reserva. The corporate was once primarily based in Cuba, however, has since stirred to the Dominican Republic. Contemporary honey and golden syrup. crisp almonds. Cedarwood. Creamy and made with lots of fruit connection the sweet, sweet notes. Spiced and lasting on the end.
Note: The particular product may vary from the pictures and colors shown on the website.‚ Specification & pictures provided for every product relies on the knowledge provided to us by our suppliers and are to be used as a general guide only.
Add to Wish List Add to Compare