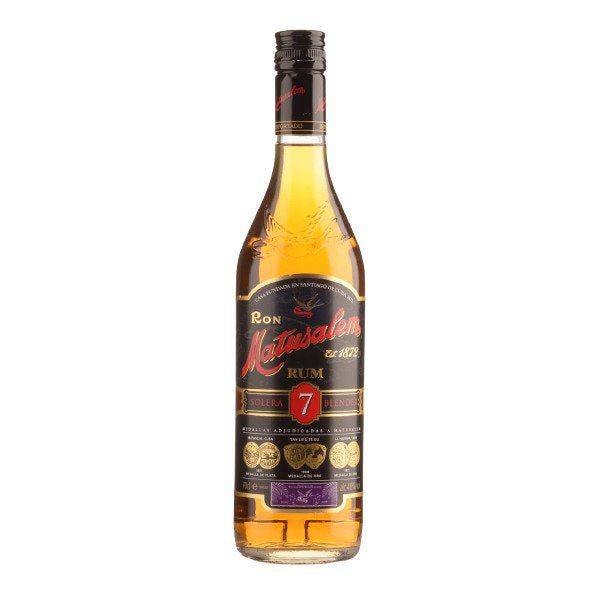 Be the first to review this product
$69.00
Availability: In stock

The Ron Matusalem Rum company was started by the Camp brothers in 1872 as a family affair. Solera seven could be a new addition to the vary, made from syrup and drawn from the company's Solera system. Expect a fruity, medium-bodied rum with many sweet spice flavors. Methuselah was said to possess lived for 969 years, therefore figuration the patient aging and old-world acquisition wont to offer Bokkos Matusalem Rum its exceptional flavor.
Note: The particular product may vary from the pictures and colors shown on the website.‚ Specification & pictures provided for every product relies on the knowledge provided to us by our suppliers and are to be used as a general guide only.
Add to Wish List Add to Compare