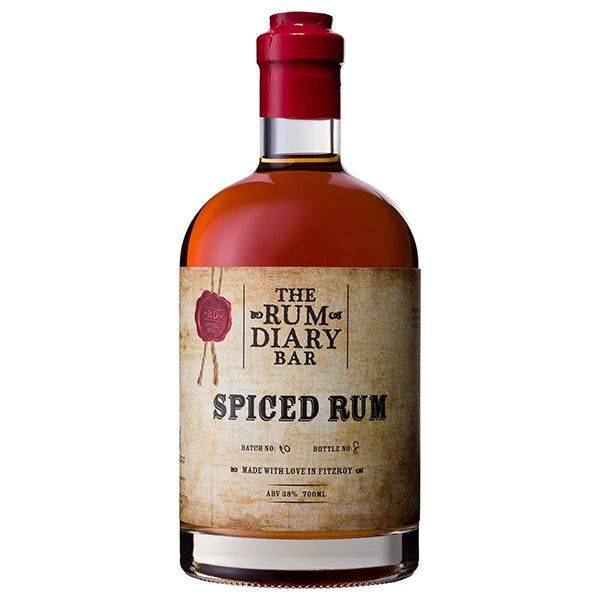 Be the first to review this product
$69.50
Availability: In stock

Rum Diary Spiced Rum- Born in Fitzroy & finished by hand, this tiny batch of a spiced rum is an illustration mantra that something is feasible with an inspiration & a giant dream. Rather than a fictitious story, the name comes from the house from that the rum was born, the Rum Diary Bar, Fitzroy, Melbourne. A sipping quality full-bodied spiced rum, the bottom rum is aged five years in Trinidad & island. four infusion ways are enforced in Australia to spice the rum, the flavor is huge and bold that stands up as an easy mixer or in an exceedingly cocktail.
Note: The particular product may vary from the pictures and colors shown on the website.‚ Specification & pictures provided for every product relies on the knowledge provided to us by our suppliers and are to be used as a general guide only.
Add to Wish List Add to Compare
Contact Us