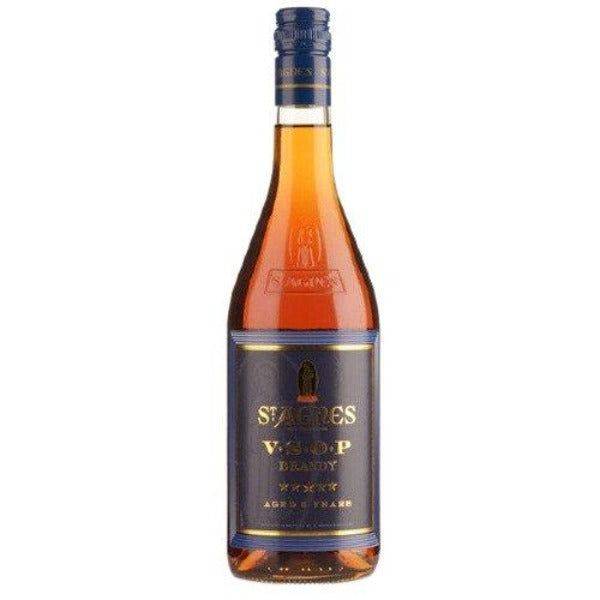 Be the first to review this product
was $49.00 Special Price $42.00
Availability: In stock

The St. Agnes range of brandies was founded in 1925 and today is Australia's most highly awarded and number one selling brandy. Its success can be attributed to the "no compromise in quality" approach adopted since those early days. The company philosophy on brandy production revolves around the pot still, the small-batch process followed by many years maturation in small, oak casks. All the brandies in the St. Agnes range are pot still brandies. Awards: -Sydney Royal Wine Show 2019; -Trophy, Best Brandy Tasting - Sydney Royal Wine Show 2019; -Gold Medal - Australia Spirit Award 2019; -Trophy, Best Brandy - Australia Spirit Award 2019; -Gold Medal - Hong Kong International Wine & Spirit Competition 2017; -Trophy, Best Grape Brandy - Royal Adelaide Wine Show 2017; -Gold Medal - Sydney Royal Wine Show 2017; -Double Gold Medal - San Francisco World Spirits Competition 2017; -Trophy, Best Brandy - Australian Distilled Spirits Awards 2017
Note: The particular product may vary from the pictures and colors shown on the website.‚ Specification & pictures provided for every product relies on the knowledge provided to us by our suppliers and are to be used as a general guide only.
Add to Wish List Add to Compare