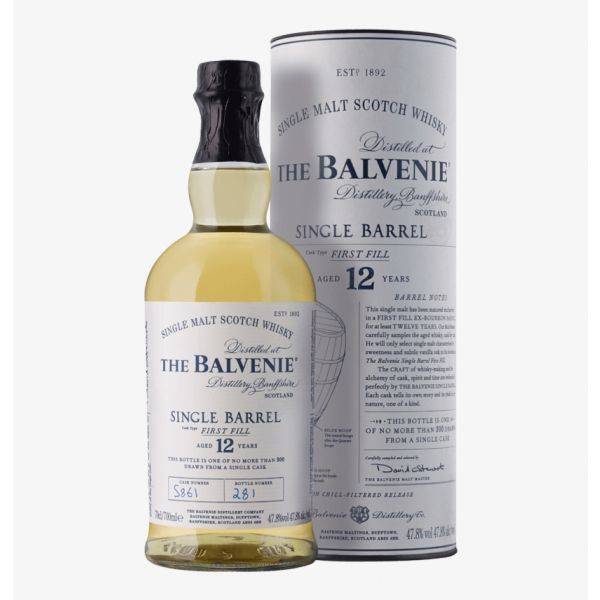 This Single Barrel expression from The Balvenie has been aged for a 12years in the first fill Bourbon cask of a single distillation. The Balvenie Malt Master hand selects only those casks characterized by sweetness and delicate vanilla oakiness to be bottled because of The Balvenie Single Barrel. every bottling forms an edition of no more than 300 hand-numbered bottles drawn from a single cask. Casks even of an equivalent sort and filled with spirit from an equivalent distillation will turn out an even single malt, therefore bottling is exclusive and unrepeatable.
Note: The particular product may vary from the pictures and colors shown on the website.‚ Specification & pictures provided for every product relies on the knowledge provided to us by our suppliers and are to be used as a general guide only.
Add to Wish List Add to Compare